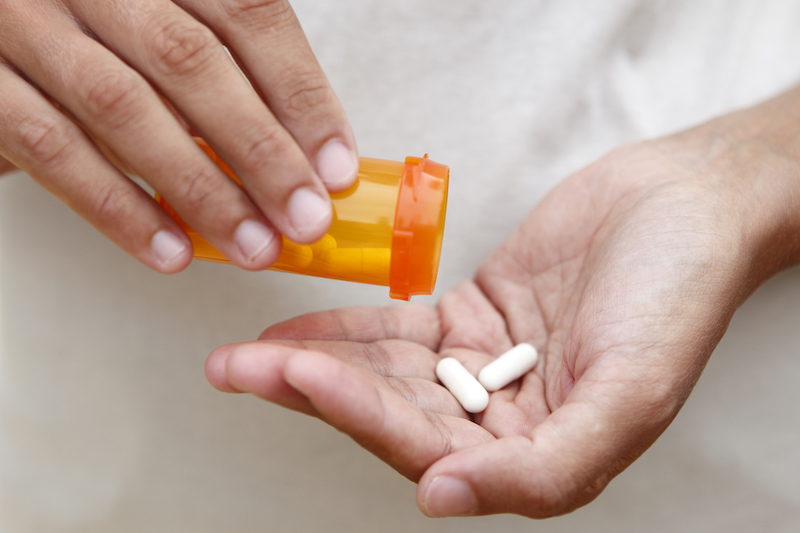 When you experience a moderate to severe inflammatory bowel disease (IBD) flare, doctors must act quickly to lessen inflammation and ease symptoms. Corticosteroids are one of the oldest, most common, and most effective medications used for this purpose.

“When the patient’s feeling poorly—they have a really heavy burden of inflammation—steroids are an excellent choice up front to tackle and manage that,” says Sean Fine, MD, assistant professor of medicine and director of the Inflammatory Bowel Disease Center at Brown University’s Warren Alpert Medical School in Providence, Rhode Island. “But,” he adds, “We’ve learned that people who stay on steroids long-term actually have poor outcomes.”

Though they’re useful for reducing inflammation, corticosteroids come with a host of potential side effects and short term and long term complications. They don’t heal the intestinal lining, either—a vital element of IBD remission. As a result, when doctors use corticosteroids, it’s often for a limited time until other drugs take effect. They can be used to quickly induce remission but are not to be used to maintain remission.

Here’s the lowdown on these important medications.

Not to be mistaken for anabolic steroids, which increase muscle mass, corticosteroids are potent drugs that mimic cortisol, a hormone produced by the adrenal glands that helps relieve inflammation. They typically work within a few weeks—and sometimes, within a few days.

There are many different kinds of corticosteroids; the type you are prescribed may depend on your flare symptoms and disease location.

Since corticosteroids aren’t recommended for long-term use due to side effects, doctors start tapering them off once inflammation is largely controlled. This gradual reduction is important, as stopping cold can cause adrenal insufficiency, a condition in which your body doesn’t make enough steroids to maintain certain functions. For patients who can’t phase steroids out without symptoms reappearing, doctors may use immunomodulator drugs to help.

Of note: About 20 percent of IBD patients with acute flare-up symptoms won’t respond to corticosteroids. For these cases, immunomodulators, biologic drugs or 5-aminosalicylic acid (5-ASA) medications may work. All three drugs can be used in maintaining remission after steroid use, as well.

Side Effects of Corticosteroid Use

The strong possibility of side effects and complications is a main drawback to corticosteroids, especially if you use them for an extended period or in higher doses. These include—but are not limited to—a rounding of the face, moodiness, weight gain, fluid retention, high blood pressure, sleep problems and acne.

Patients are also more prone to infection, diabetes, cataracts and a weakening of the bones called osteoporosis. “People on steroids high-dose, or for a long time, their bone mineralization is decreased,” says Fine, “and that can lead to an increased risk for bone fractures, especially at a young age.”

While most side effects disappear when you stop using corticosteroids, some, like cataracts and osteoporosis, may need lasting treatment.

Some IBD patients require closer monitoring while on corticosteroids, or may be put on another drug entirely. These include people with pre-existing conditions—including heart disease, diabetes and osteoporosis—and those with fistulizing IBD, since steroids are linked to fistulas and abscesses. Corticosteroids may increase the chance for infections and so patients who are susceptible to infections and those who are on other immunosuppressants need close follow up and monitoring with the health care team. And while many corticosteroids are considered low-risk during pregnancy, speak with a doctor if you’re pregnant or trying to conceive.

Talk to your provider, too, about existing prescriptions, as some may interact with corticosteroids. Among other drugs, these include certain anticoagulants, antiepileptics and blood pressure medications. Patients on budesonide should also avoid grapefruit juice, which can worsen side effects.

And finally, remember that following your provider’s directions for corticosteroid use is essential. Patients shouldn’t skip doses or quit taking them simply because they feel better. There’s that risk of adrenal insufficiency, says Fine, “and the inflammation can come back quickly if we don’t have patients on the right treatment.” Always speak with your IBD team about any concerns.