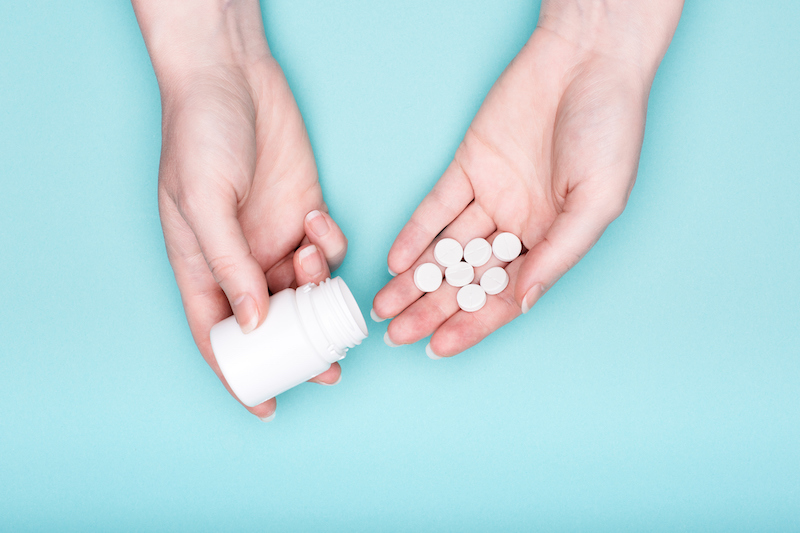 Though researchers have so far been unable to pinpoint the exact causes of Crohn’s disease (CD) or ulcerative colitis (UC), it’s widely believed that a hypercharged immune response is a major factor in both conditions. The theory is, when a CD or UC patient has a virus or bacterial infection, their immune system attacks normal cells in the gastrointestinal (GI) tract along with the germs. This becomes chronic inflammation, which damages intestinal lining and brings about symptoms like diarrhea, pain and more.

Here are the must-know facts.

Not all immunomodulator medications used for IBD work the same way; different types of treatments function in different ways. These include, but are not limited to, the following.

Corticosteroids are often employed during flare-ups to quickly reduce inflammation. Drugs like prednisone and hydrocortisone don’t specifically target the GI tract, however; they tamp down your body’s whole immune response. Since they’re non-specific, unable to prevent disease progress or maintain remission, and prone to lead to substantial side effects, steroids aren’t recommended for long-term use.

Of note: Steroids’ short-term use may be why many experts don’t necessarily group them with other immunomodulator treatments. “We reserve corticosteroids in their own bucket largely because we certainly don’t view these as long-term management strategies,” says Maria Abreu, MD, a professor of microbiology and immunology and director of the Crohn’s and Colitis Center at the University of Miami Miller School of Medicine in Florida.

Immunomodulators. Azathioprine and 6-mercaptopurine are among the most commonly prescribed immunomodulators, and are thought to hamper white blood cell function and production. They’re given to patients dependent on corticosteroids, or who haven’t reacted adequately to aminosalicylates, a different type of IBD medication.

“The other way they’re used is in combination therapy,” says Dr. Abreu. For example, patients prescribed biologic drugs (see below) may develop a resistance, she explains, and pairing them with immunomodulators can help prevent that from happening.

Biologics are given to ease IBD symptoms and to achieve and maintain remission, often when other drugs fail. They do this by blocking the action of immune system proteins contributing to inflammation; different groups of biologics influence distinct proteins. An anti-TNF biologic like infliximab inhibits a protein called tumor necrosis factor (TNF), for example.

While immunomodulator drugs can help patients manage IBD, they’re also linked to potentially serious side effects and complications. The biggest thing we worry about with all immunomodulators is the risk for infection—anything ranging from pneumonia to sinus infections to gastrointestinal infections, says Sean Fine, MD, assistant professor of medicine and director of the Inflammatory Bowel Disease Center at Brown University’s Warren Alpert Medical School in Providence, Rhode Island. “Those are all going to be high-risk because you’re suppressing the body’s immune system.”

People on immunomodulators may also be more prone to certain illnesses. Many biologics, for example, are associated with an increased risk of skin cancer and lymphoma, a cancer affecting white blood cells called lymphocytes.

To address these possibilities, providers should monitor patients on immunomodulators via regular checkups and tests. They should also ensure immunizations are up-to-date, as that affects infection risk.

When you’re given an immunomodulators drug – or any IBD drug – always take it as prescribed. “The biggest mistake that patients get into is when they say, ‘I feel well, so I should come off this med,’” says Dr. Fine. “The problem with that is, we’re dealing with a chronic, relapsing disease.”

In fact, to treat their illness, IBD patients may be on immunomodulators their entire lives; a limited course or single dose of medication just won’t cut it. “Maybe we’ll get there someday, but we’re nowhere near that yet,” adds Fine. “So that’s why we’re taking this approach.”