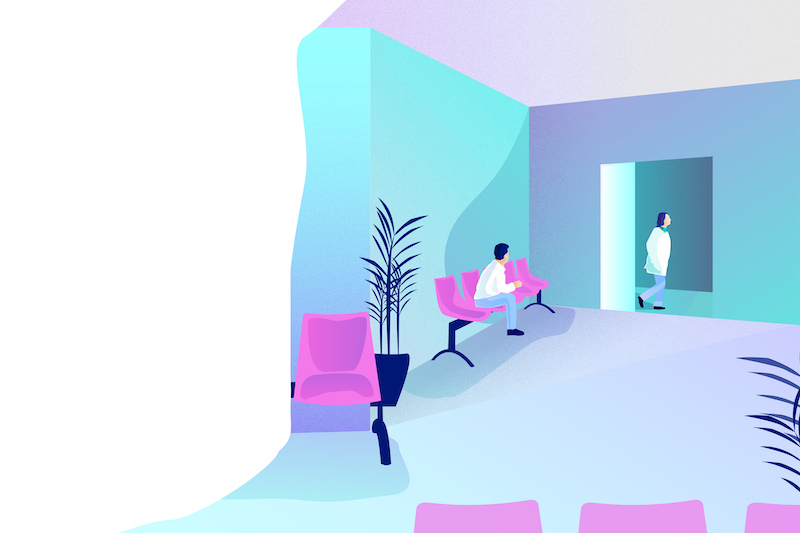 Abdominal bloating, pain, and diarrhea can occur in either inflammatory bowel disease (IBD) or irritable bowel syndrome (IBS). It can often be difficult to distinguish the two disorders without an endoscopy, an invasive procedure that some patients might feel apprehensive about undergoing. But a test for fecal calprotectin may help:

It can also help doctors care for patients who are known to have IBD. The test only requires that patients supply a small stool sample.

How the Test Works

“It’s an easy, simple, quantitative test that gives the clinician a snapshot of the colon. I don’t use it as a diagnostic test alone, but more as a longitudinal look of patient’s progress with treatment, or to initially differentiate between [the need for] IBS treatment or a workup for chronic bowel disease,” says C. Gregory Albers, MD, medical director for GI Diagnostic Services at University of California, Irvine (UCI) Medical Center.
In a lab, the stool is evaluated for calprotectin, a protein that leaks from neutrophils into the bowels. Neutrophils are white blood cells that normally help fight bacterial infections or tissue injury. Everyone leaks some calprotectin, but higher amounts in the stool mean more neutrophils are migrating into the bowel in response to inflammation. That suggests an inflammatory process like IBD, although other problems like pancreatitis and celiac disease can also bump fecal calprotectin levels.

“When neutrophils, or fighter white blood cells in the body, populate within the body, they release calprotectin, which highly correlates with an inflammatory state,” says Dr. Albers. “Calprotectin is a biomarker for inflammatory bowel disease.”

A Tool to Help Reach a Diagnosis

Because elevated fecal calprotectin can be high in a number of conditions, the test cannot allow a conclusive decision about whether a patient has one condition over another. It’s important for clinicians to look at the patient’s entire clinical picture.

For example, calprotectin is highly sensitive to detect IBD. According to one study published in the Canadian Journal of Gastroenterology and Hepatology, nearly 99% of patients that have active IBD have elevated fecal calprotectin levels. Highly sensitive tests are useful because if they are normal, it is very unlikely that the patient has the problem being checked for—in this case, inflammation.

At the same time, high fecal calprotectin is not completely specific to IBD—other conditions can cause it to rise. For example, 15 to 20% of patients with IBS have mildly elevated calprotectin levels.

Thus, among patients who have not yet received a diagnosis, a normal fecal calprotectin level typically guides practitioners to consider IBS or an acute infection. On the other hand, if the level is somewhat higher than normal, doctors should consider gastrointestinal inflammation, infection, or the effects non-steroidal anti-inflammatory drugs (NSAIDs). The test may be repeated after initial treatment for underlying symptoms such as diet change or the addition of probiotics.

If, after treatment, the fecal calprotectin is normalizing, medications for IBS may be tried. If it is still higher than normal, colonoscopy may be the next step.

A fecal calprotectin level higher than about 150 μg/g typically prompts a colonoscopy in order to check for organic diseases such as IBD or colorectal cancer.

In patients with known IBD, the fecal calprotectin test can also help doctors keep track of bowel inflammation. A major therapeutic goal for treating IBD is to achieve mucosal healing. Doctors can verify this with endoscopy, but progress can also be checked noninvasively through the fecal calprotectin test. It can also provide useful information about prognosis. Among IBD patients, a high calprotectin level signals an 80% chance of clinical relapse in the next 6 months, according to Dr. Albers, whereas only 20% of patients with low calprotectin levels will experience relapse.

If you are experiencing symptoms like abdominal pain, bloating and frequent bowel movements, and your doctor recommends an endoscopy, ask about the fecal calprotectin test. If you don’t have a diagnosis yet, it might help you avoid the endoscopy. And if you know you have IBD, a fecal calprotectin test can offer context on your treatment process over time.

Medical reviewer Jenny Blair is a writer and journalist covering science, medicine, and the humanities. She earned her MD at Yale University, then completed a residency in emergency medicine at the University of Chicago. After several years in practice, she transitioned to working with words and ideas full-time. Jenny has contributed to Discover, New Scientist, Washington Spectator, and Medtech Insight, among other publications. She lives in New York City.